End of the road

Maybe that’s it, maybe we won’t have to go there again.

Yeongam’s Korea International Circuit, whether Formula 1 continues to race there or not, will surely not go down in the annals of the sport as a great place for an F1 race.

Funded by local government money in a bizarre and seemingly undeliverable plan to create a new city around a race track, the Yeongam – read Mokpo – track represents possibly the zenith, or, depending upon your opinion, nadir of the brave new world of Formula 1 so eagerly pursued and subsequently delivered by the sport’s Commercial Rights Holder, Bernie Ecclestone. Granted the 1994 & ‘95 Pacific Grands Prix staged at the Japanese hilltop Aida Circuit run Korea close, but we were never destined to keep going there!

Ever since men started racing cars, politicians and officials interested in promoting their country, region or ideology have seen motor sport as a whole and Formula 1 specifically as a very opportune and effective way of spreading the message. Adolf Hitler, Francois Mitterand and Prince Salman bin Hamad bin Isa Al Khalifa are certainly unlikely bedfellows in this respect!

Following 2008’s European financial meltdown, the money men who decide where we travel turned their attention to greener – or more accurately sandier – places to host races.

While this necessary strategy is not a new phenomenon in F1, perhaps – in the modern era of the sport – it was the grand prix that raced around the quaint, church-lined streets of Southern Australia’s capital city Adelaide that signalled the road ahead.

From 1985 to 1995, F1’s season finale roared around the streets of Australia’s fifth largest city, immeasurably increasing the city’s exposure – and appeal – to untold millions around the globe.

Marketeers and their paymasters in Malaysia, Bahrain, China, Singapore, Abu Dhabi, Korea and India were quick to realise the dream, do a deal with Ecclestone, build a circuit and stage a race.

So where are we now? Where will Formula 1 race in the coming years?

The recently released 2014 F1 season calendar is a disjointed affair, certainly unpopular with those working within the sport. It would appear there may be something of a shift in attitude – or finally a financial reality check.

India has ‘asked’ to be absent, New Jersey won’t happen, Mexico is possible and Korea is continually forecast to be seriously in doubt. Austria represents the welcome return of a European event, and while the remote city of Sochi is likely to host the inaugural Russian race – feted as the Black Sea resort has always been by every Russian leader post-Stalin (he loved the place) – political, financial, terrorist and Olympic realities might yet mean F1 doesn’t happen in the self-styled land of Putin.

Who knows? Right now even Bernie seems confused. The perfect storm of (a lack of) world finance, an imminent FIA Presidential election, a yet-to-be-signed new Concorde Agreement, Bernie’s legal ‘issues’, at least three teams close to collapse, and an uncertainty as to CVC’s plans are taking their toll on Formula 1’s image and therefore its future stability.

Things need to be sorted and sorted soon.

As we progress through life we are all to some degree the result of the experiences we have and the places we journey through. I for one have enjoyed travelling to and working at every grand prix in every country I’m fortunate to have visited.

Turning to look at the Yeongam paddock as we leave, one can’t help wondering just how quickly the waterways, plants and birds of the peaceful marshland upon which the race track was built and is still surrounded by will reclaim what is rightfully theirs.

The weeds sprouting from between the paving stones on the footpath to the media car park suggest that this process is already well underway. 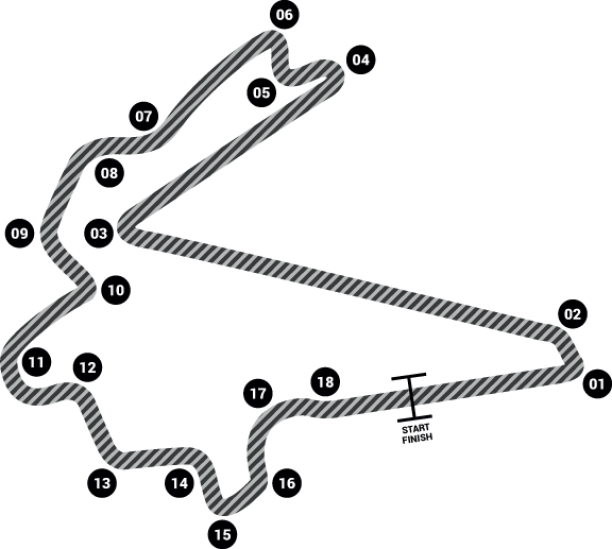