Five days on from the incredible events of the 2012 Brazilian Grand Prix and the dust is settling on surely the most fantastic title showdown we’ve had since 2008. Save for a minor fuss about flashing yellow lights and waved green flags we can be sure in the knowledge that Red Bull Racing’s wünderkind Sebastian Vettel is, amazingly, a three-times F1 world champion.

As I’ve written before Sebastian and his (predominantly English) crack outfit have worked immensely hard for their 2012 double title-winning success. The monumental effort has brought just about all of them – both racetrack and factory-based – a richly deserved bonus of £10K+ for winning the Constructors’ Championship.

In life one gets back what one puts in and in that respect Red Bull Racing deserve all the rewards. Applying themselves totally, and with seemingly untold time and money, they have in the final third of the season pounded their opposition in a Blitzkrieg-like smash–and–grab assault.

So why? Why in the often cold and heartless world that is the Formula 1 paddock did 99 per cent of the seen–it–all–before race–goers not want the Aryan-like German and his Milton Keynes-based, Austrian energy drink-backed machine to prevail?

Perhaps it’s just that; the team aren’t a particularly popular lot. Chippy in mien, often aggressive in attitude and – speak to a few mechanics from rival teams – always ready to accept plaudits, but seldom willing to dispense them when beaten.

That almost indefinable quality that one either possesses or simply doesn’t. It can’t be bought, it is earned, possibly a gift one is born with but defined in one’s adult life by one’s actions, attitude, style, mindset, charm and professionalism.

Think of the chasm that separates the likes of the now gone–for–good and ultimately charisma–less Michael Schumacher and the sadly long-departed charisma-full Ayrton Senna. Both multi-winning champions of their sport but a universe apart in terms of allure, magnetism and appeal.

Step forward Fernando Alonso. In my 24 years covering Formula 1 I’ve seldom witnessed such a groundswell of support for one man to prevail as that which surrounded the Ferrari-driving Spaniard at Interlagos last weekend.

Fernando has charisma in spadefuls, of that there is no doubt. He plays a clever game, you see. A loveable rogue whom everyone both within and without the sport is aware is as ruthless as they come, seemingly likely to sell his soul for an extra championship point or three. He has been centre-stage in Spy-gate, Crash-gate and Team-tactics-gate – to name just a few monumental legal wranglings – but through clever political dealings, some smart out-manoeuvring of his opponents, and a cheeky smile, he has emerged seemingly stronger and possibly more loved and respected than before.

A clever act to accomplish but one the two-times world champion has managed with aplomb.

Other certainly more trivial matters – in a purely machismo-obsessed F1 paddock way – increase Fernando’s standing in the paddock. Our Spanish hero is not only quick on track but swift with the ladies too, reputedly having bedded the majority of the more attractive female TV presenting dollies that flounce up and down Formula 1’s expensive catwalk.

But it’s on track that we all respect him most. This year’s F2012 rolled out of its southern Spanish garage in pre-season testing and proceeded to perform as if it were the truck that carried it from Italy, not the thoroughbred racer they hoped would deliver the Scuderia its first drivers’ title since 2007.

After a less than encouraging Australian Grand Prix we headed to Malaysia expecting nothing better for Ferrari. Alonso triumphed in a fantastic demonstration of opportunistic race craft in tricky wet/dry/wet conditions.

And so it continued; the points kept on coming, though Fernando never had the quickest car and the team was unable to consistently deliver updates that added performance. Quite the opposite in fact. Ferrari was apparently mystified by its own wind tunnel and subsequently that of (ex F1) Toyota’s too…

With the title chase on and heading to the Americas via both the Middle and Far East the Spaniard looked bound for the top step, only to be undone by foolish shunts – not attributable to him – which ultimately robbed him of an almost certain haul of championship-winning points.

Tears rolling down their tired and emotional faces the Ferrari mechanics, engineers, sponsors and hangers-on hailed their Latin hero as he climbed atop his carbon dust, dirt and oil-streaked racer parked in Parc Fermé box two after a strong drive to second place at Interlagos. Not enough to win the title, perhaps, but certainly enough to add yet more to the appeal of Fernando.

As Christian Horner shouted in an almost tape-recorded, heard-over-the-radio fashion “Sebastian, you are a three times world champion” while hugging hard on the weigh bridge, shot in the can I ran round to where the top three finishers would gather. I crouched low as Jenson arrived, stepped on a small set of scales, waited a few seconds and turned to MP4-27 designer Tim Goss for a celebratory hug.

After what seemed like an age the FIA technical delegate Jo Bauer shouted across to me – for he couldn’t see around the corner – “Darren, where are the others?” I nodded in the direction of the pit lane where I could see – and shoot – Alonso standing motionless, seemingly in a trance.

In came Felipe, closely followed by his Spanish team-mate. Fernando stepped up to be weighed and, squeezing the shutter release, I fired off two or three shots as he surveyed the digital read-out at this feet. Then, turning to his left and looking straight into my lens, Fernando raised his right hand and gave a positive thumbs-up. His face cracked in a telling smile that all at once gave away his contentment at a job well done, mixed with resignation at an accomplishment not quite achieved, all delivered with a positivity that has charmed and beguiled those that follow our sport all season long.

Ever so slightly caught up in the moment I took a step towards Fernando and we embraced. “Hard luck mate, hard luck.” “Thank you,” came the reply and the party of four headed up the rusting spiral staircase to the podium above.

100 per cent aware of his standing within the sport, cool, seemingly at the centre of his world, totally confident in his and his team’s ability, with an infectious belief that he and his team would prevail at the season’s end, Alonso may come to view the 2012 Formula 1 campaign as his best ever.

Here’s hoping in 2013 he goes one place better… 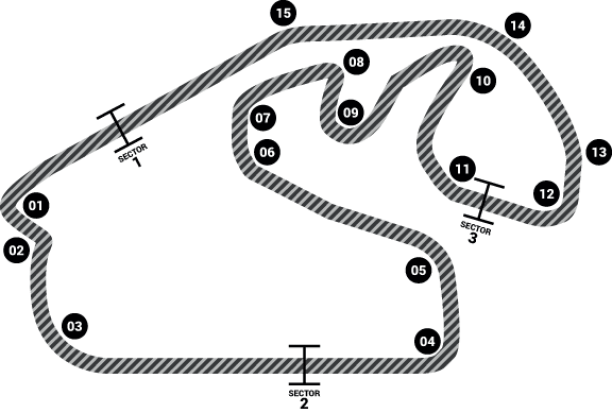