Shanghai, Kuala Lumpur, New Delhi, Abu Dhabi, Austin, Montreal, Melbourne and Mokpo; the Formula 1 caravan sure does get about and some unlikely places host glamorous races.

During the last 40 years F1’s visionary leader Bernie Ecclestone has achieved it all. He’s transformed a sport comprising a bunch of scruffy, amateur, oily-rag racers tooling around in sheds and racing mainly in Europe into a sporting global behemoth, backed by the world’s greatest mega-brands, all desperate to get a share of the sport’s unrivalled media reach. No other year-on-year world championship comes close.

For all Bernie’s achievements, the putative grand prix around the streets of New Jersey – read New York – will (most likely) be the one that got away.

Sure I know it sounds negative of me, especially in the face of such effervescent positivity and exuberant over-hyping by just about everyone in F1. But five minutes – just five minutes – research and rational thinking may make even the most excitable high-fiving, fist-pumping dude pause for a reality check.

The scale of what’s being proposed by the Grand Prix of America promoter, media multi-millionaire Leo Hindery, is simply immense.

Widening the roads and flattening their sizeable crowns; ripping up pavements, light stands and landscaped areas; rerouting drainage pipes; constructing new (moveable) walkways; building sizeable platforms in the Hudson River; repaving the circuit length with expensive F1-standard Tarmac; building pit garages, hospitality and media areas; getting the notorious US unions (to say nothing of New Jersey crime gangs) on side – I could go on.

This little list would be difficult enough in some rural backwater, but we’re talking about a busy commuter hub used every day by thousands upon thousands of people to get to work in Manhattan. The disruption will be immense. In addition to the effect on commercial activities, on either side of the proposed circuit route are hundreds of residential homes. They must be looking forward to the planned mess with relish!

You may have seen pictures of construction captioned as F1-related sites. They’re not. New condominiums, shops, offices and a multi-level car park are actually what’s been photographed.

Now consider that New Jersey isn’t Melbourne or Monaco. Seasonal temperature fluctuations are extreme: hot and humid summers followed by arctic-like winters doesn’t bode well for a year-on-year F1 standard track surface, does it? Think of the everyday use by thousands of cars, trucks and buses and you’ll probably not need me to tell you what that will do to the newly laid asphalt…

Politically the road doesn’t appear too smooth, either. I know Hindery has said there’ll be no cap-in-hand visits to municipality, government or state offices, but are elected officials going to be willing to deal with disgruntled New Jersey home owners (still occupied with the damage caused by 2012’s Superstorm Sandy) when they see hundreds of millions of dollars being spent on a race they have no interest in?

Whether privately funded or state backed, perception is all.

Famously keen on controlling New Jersey’s purse strings is state governor Chris Christie. An ardent supporter of projects that benefit his electorate, Christie has been supportive of a privately funded grand prix, but, with momentum gathering apace for the Republican politician to challenge for a 2016 Presidential nomination, he’ll want to steer well clear of any perceived interests in ventures that don’t have majority support.

Don’t get me wrong – I’d welcome the opportunity to photograph a grand prix against a New York city skyline and hope one day to do so, but it’s been a long time coming.

Ecclestone has long harboured the desire to race in the Big Apple. Way back in the ’80s Bernie proposed a two-day F1 extravaganza racing around the streets of lower Manhattan using Wall Street as the focal point. It never happened.

Philip Morris – owner of the Marlboro cigarette brand – during the ’90s poured close on US$100M into various New York arts and cultural projects, not just as a clever way of promotion (and of course a tax write-off) but also to create goodwill towards a possible Formula 1 race and subsequently a CART (Champ Car) event in the city.

In this age of overly keen, superficial newsgathering, many people who should know better blindly believe everything they’re told. The regularity of this trend is only increased when a story is reported on and subsequently read by people who want the project they’re concerned with to come to fruition.

Just think back to the fantastically effective London Grand Prix story of 12 months ago.

It was bought, hook, line and sinker by all ’n’ sundry. Thirty seconds of thought might have made people aware that such an event was about as likely as a Caterham driver winning the 2012 world title!

Bernie’s answer to the BBC – on the grid at last Sunday’s Canadian Grand Prix – when asked if we’re having a race in New Jersey in 2014 may be revealing: “We’re trying, we’re trying, it’s not easy…” was his less than positive reply.

A group of guys willing to chase the dream. They may just make it happen. If, and it’s a big if, they can convince potential investors with plenty of ‘dumb’ money to front-up the cash – for a modest return – then within a month or so we could see GP America on a provisional 2014 F1 calendar.

Of course, having the money in place doesn’t guarantee a race but it certainly makes the event a whole lot more likely.

…who doesn’t (always) believe the hype! 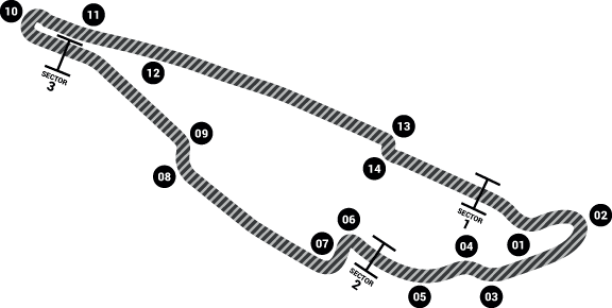