Well, would you want to be his team-mate?

Mark Webber’s well-advised decision to stay for at least one more year at the Milton Keynes-based Red Bull team is a wise decision indeed.

‘Fritz’ – as Mark sometimes likes to call his German team-mate – is not having things all his own way this term, and his occasional signs of child-like petulance give an indication that the Australian’s pace is having an effect.

These factors and a few others I’m sure convinced Webber to stay put. But, and he might not admit it, the presence at Ferrari of the wiliest racer of them all – and I’m not talking about Felipe Massa – will surely have played a part.

Fernando Alonso is without a shadow of a doubt Formula 1’s top dog right now. Supremely comfortable in his environment, formidably fast in his Ferrari and totally in control of the Scuderia.

Far and away the coolest cat in the paddock, Fernando and his acceptance of whoever sits alongside him in the Ferrari pit is crucial to the continued intra-team joie de vivre.

Indeed, so settled is he in his latin environment that Alonso appears to be perfecting 'sprezzatura’, the Italian art of making the difficult look easy. Winning races with aplomb, loved by his crew, always affable and approachable, often delivering funny one-liners during press briefings, performing magic tricks when asked, fantastic with his fans – hell, he’s even getting on with Lewis!

He appears to be perfect best mate material.

But. And it’s a big but. Sit in the same car and show speed the equal of his and a whirlwind of trouble will be on its way.

Mind games, political astuteness par excellence, speaking Italian in debriefs (something Webber can’t do) and hissy-fits of extraordinary magnitude are all weapons in the Spaniard’s arsenal, effectively employed to brow-beat his hapless team-mate into submission.

Mark gets on well with Fernando and I’m certain fancied himself in a head-to-head same-team fight with his F1 paddock friend, but there would have been doubts. Doubts in his mind as to his ability to break the hardest little so-and-so in the sport right now. Niggling doubts that Ferrari’s favourite would be working – months in advance – on a suitably frigid welcome for his new number two.

That’s no way to jump in to the lions’ den, far better to stay put and work on the ‘Fritz’ you know so well.

A wise move for sure.

Please now take a few minutes to enjoy my pictures from the 2012 British Grand Prix by clicking here. 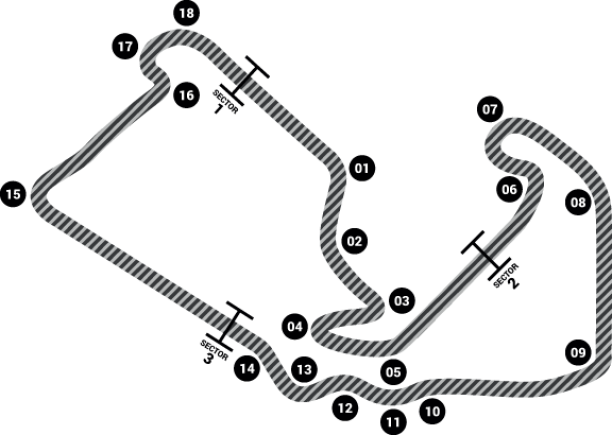