Sure, it’s just another race… Who you trying to fool, Sebastian, Christian, Adrian, et al?!

The 2013 Formula 1 Indian Grand Prix – Sebastian Vettel having steamrolled his way to an opposition-crushing Suzuka win two weeks previously – is going to be about one thing and one thing only: the three-times world champion claiming his fourth.

Of course hype, hyperbole, fanfare and fuss are what a title-deciding grand prix are all about, and the Buddh International Circuit is the stage for what will inevitably come to pass.

The main man is constantly in demand but tricky to snare. Television crews – overstaffed and all over the place – rush in marauding gangs to and fro, chasing anyone who might offer a sound bite, opinion or story on our champion-elect.

For me and the other 50 or so photographers present, the weekend’s preliminary events are covered as usual – pits, people, pretties, grid girls, track action and sponsors. All well and good contract-fulfilling coverage, but there’s only one shoot that matters: Sunday at 16:32.

“What you gonna do, Darren?” “Where you going, Steve?” “Tommo, where’s the celebration shot gonna be?” In the photographers’ section of the media centre, questions fly this way and that. Answers – understandably – are a little less forthcoming. Just as with the teams, Formula 1’s competitive little environment engenders a somewhat secretive mindset among the top players; all of us are keen to keep something back, but willing to give kudos and respect – grudgingly – to the guy who nails the shot.

My advice to one edgy freelance colleague is not to over-think what may transpire; rather be ready to react, quick on the draw and creative in thought.

Three laps to go and it’s crunch time. Dropping off my 600mm lens at McLaren, I head to the queue of nervy lens men corralled in a tunnel directly below the podium. Shuffling forward, I steal a few feet past my rivals…

Go, go, go. The gates are pulled open and like a swarm of marauding ants we spill out into the pit lane. Some guys go right to the Parc Fermé fence, some straight ahead towards the pit wall, a few to the left and running to the Red Bull box. Shunning both, I’m going to gamble.

Deciding on a rear three-quarter Parc Fermé shot of Sebastian standing on his car, I take a position at the front of Sauber’s pit.

“You can’t stand zere, zis is OUR garage, GET OUT.” In their typically charming way the Swiss German-speaking also-rans make it quite clear I’m not welcome.

So it’s into the pit lane I head, now a little at a loss as to where to go. “Come on, Darren, think, stay calm, what shall I do, think, think, think,” a thousand thoughts, but a decision has to be made.

Leaping onto the grass, I sprint towards a gap in the pit wall fence. A hapless local making for the same two-feet-wide gap is grabbed, pulled back and told to make way.

There’s the RB9. A pirouetting grey shadow in a pall of blue/grey smoke billowing from the violently spinning Pirelli P Zeros.

Through the viewfinder I can see nothing, white-out. The smoke starts to clear and our hero climbs from his car. Focus, compose, shoot. Sebastian stands atop his ride hailing the excitedly cheering, screaming, clapping and waving crowd; an iconic image captured.

In recent years post-win celebration photos have become the norm and, dare I say, a little predictable and dull. When middle-of-the-field teams demand champagne-spraying gatherings in celebration of minor points-scoring finishes, one knows things are getting ridiculous.

World championship-winning celebrations are, of course, an entirely different and wholly worthwhile affair.

Here he comes, Seb’s on his way. To the right of the patiently waiting snappers, TV crews and hangers-on, a rapidly approaching throng of bright-light-waving, flash-gun-firing newsgatherers bears down with our champion in the eye of the storm.

Having quickly departed the throng, I take my shot through a 200mm lens 20 yards up pit lane.

Perhaps offering a glimpse of the calmness so common among great champions of our sport, Sebastian – seemingly oblivious to the anarchy all around him – looks to his left and with a contented, almost peaceful look on his face stares straight down the barrel of my lens.

Seconds later, as the picture displays on my camera’s screen, my shouts of joy at nailing such a unique shot are very loud and very proud! 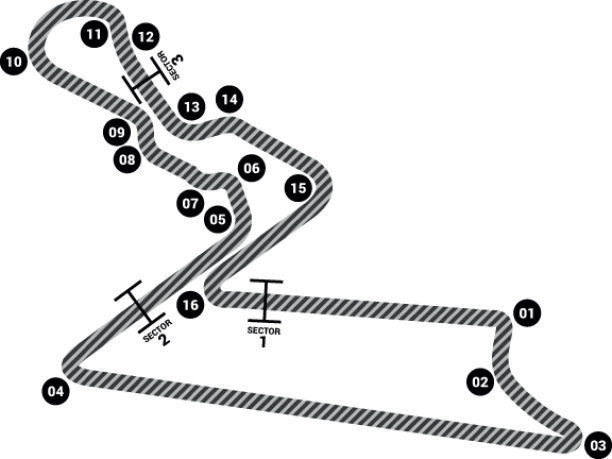