I know he’s a Finn, a calm, considered, so-relaxed-he’s-almost-horizontal kinda’ guy but… c’mon, Valtteri, at least look like you’re excited!

Winning a Formula 1 grand prix, the stuff dreams are made of. What a buzz, what a blast, the culmination of so much hard work and effort. A chance for the winning team’s mechanics, engineers and wider crew to jump for joy. Emotion bottled up over seemingly endless days and nights of curfew-busting shifts in neon-lit garages all explodes in an effervescent outburst of jubilant celebration.

Or, for some, maybe not!

Imagine you've worked like a Trojan all weekend, put in maximum effort, invested blood, sweat and tears in the hope of Sunday afternoon excitement. Victory is delivered, yer’ driver has crossed the line first and won the race. Feeling on top of the world you run jubilantly down pit road, your colleagues equally exultant, eager to greet the grand prix champion…

And then he gets out of his car, your car, and, oh, what’s wrong? The briefest of waves, a few high-fives and that’s about it. He looks for all the world as though he’s lost a tenner and found a fiver!

If your driver comes from the chilly north, where emotions only really surface after downing great quantities of crystal-clear Vodka with exuberant haste, then I guess one gets used to a blandness of mood.

We all celebrate in our own personal manner, but when a sportsman is victorious most of us look for confirmation. We want to see that standing on that top podium step really does feel as good as our imagination allows. Victorious sporting heroes need to encourage us to dream and not make winning look akin to spending a wet weekend in Wigan!

Michael Schumacher won 91 grands prix. Yes, you read that correctly, 91. And 91 times he made every race win appear as if it were his first. I was never a fan, but as much as I might have wanted any other driver to beat him, I always knew that yet another Schuey victory would make for top-drawer celebratory pictures.

We – sadly – haven’t seen it for a while, but Fernando Alonso knows how to put on a Parc Fermé performance. As a driver just breaking in to the big time, Fernando sought the guidance of a seasoned F1 snapper. Renault’s resident photographer Steven Tee advised the young Spaniard that ostentatious post-race celebrations would garner untold attention from the camera-wielding hordes, ensuring maximum worldwide exposure for the team’s sponsors and – more importantly to 99% of F1 drivers – him!

Alonso delivered. Check out his calm, measured approach post-race in Brazil 2005. Out of the cockpit, helmet, gloves, balaclava all removed and placed neatly on the car. Through the focused telephoto view of a 300mm lens, I really did wonder if Fernando was aware of his maiden world title win. I need not have worried. He climbed on his Renault ride, bowed his head and paused before unleashing an almighty roar of fist-clenched, face-contorted joy. F1 has never seen the like before or since.

His style evolved into arms wide apart, chest-thumping hero-like poses, inviting the adulation of everyone. I and my photographic rivals couldn’t get enough!

Lewis is good, jumping off the car and into the arms of his mechanics, doing V-for-victory salutes, holding the Union flag proud and high on his victory laps. Hell, he even crowdsurfs!

Vettel’s great in Parc Fermé but often disappoints on the podium. Chasing his Ferrari team representative around the stage – often with his back to fans, photographers and TV cameras – does no one any favours.

Daniel Ricciardo is fantastic. His childlike happiness is infectious in its appeal: standing on his car, muscle-man pose, nodding his head in mock adulation of himself. Mind you, while certainly funny at first, the whole drinking outta his racing boot thing really is getting tedious, tired and wholly predictable.

So, Valtteri, it’s over to you. Do everyone a favour and – just for a few minutes – post-win, break out of that lacklustre, laconic and lazy-looking mode and large it up for your team, your fans, your Finns, your photographers, your film crews, etc, etc, etc.

Who knows – you may even enjoy it! 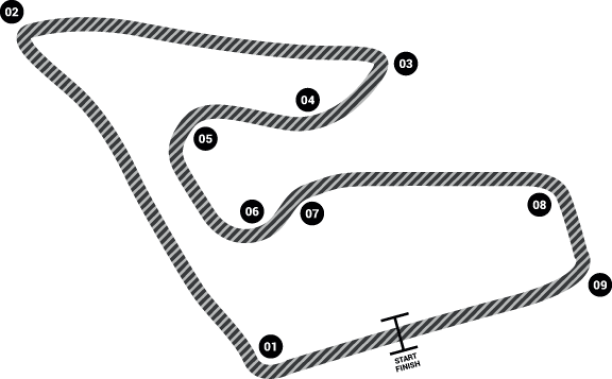