He’s an enigma for sure – but motivate him, give him a car that works, and Kimi Räikkönen will deliver.

McLaren, of course, know all about the 2007 world champion’s awesome ability in a racing car, and that’s precisely why he’ll be wearing a silver-grey race suit next year.

Fired up? Are you joking?

McLaren’s incumbent superstar had better enjoy the last three races of 2009, because Formula 1 2010 style is going to be all about the blue-eyed fast Finn’s return to the Woking outfit.

Many will argue that it’s a risk to revisit pastures old, but in the three years since McLaren parted company with Kimi, many things have changed for F1’s über professional outfit – mostly for the better. One change in particular stands out above the rest.

There’s no Ron at the races.

You see, Räikkönen and Dennis didn’t get on. The team boss wanted to love his driver – remember the tears after Kimi’s stunning Suzuka ’05 triumph – but without reciprocation the relationship was always doomed.

Now that the erstwhile boss is occupying himself with road cars, a previously absent bonhomie has infused the team’s F1 operation – paving the way for the most exciting driver pairing since Prost and Senna to become a reality.

Of all the drivers racing today, Kimi – and arguably him alone – has the ability to excite like no other. Sure, Lewis is quick, intelligent, and mightily impressive when it comes to getting the job done; but it’s all wrapped up in a seemingly charisma-less, overly polished package: the perfect smile, the girl band girlfriend. Hell, even God is on his side!

Räikkönen, on the other hand, couldn’t be more different. He doesn’t do PR, he doesn’t do polished, we haven’t seen his wife for ages, and I can’t imagine having to step over a slumped-on-the-floor Lewis to get to my hotel room the morning after the race – as I had to with Kimi in Montreal a few years back.

That, though, is part of the appeal of the man. He does his thing, he fights with photographers, he enjoys a drink or three, and he gets in a race car and drives its nuts off.

You don’t win four out of the last five grands prix at Spa by being slow!

With a point to prove to Ferrari, a fellow superstar to beat and a title to chase, Kimi is going to be the chief pugilist in 2010’s battle royal. 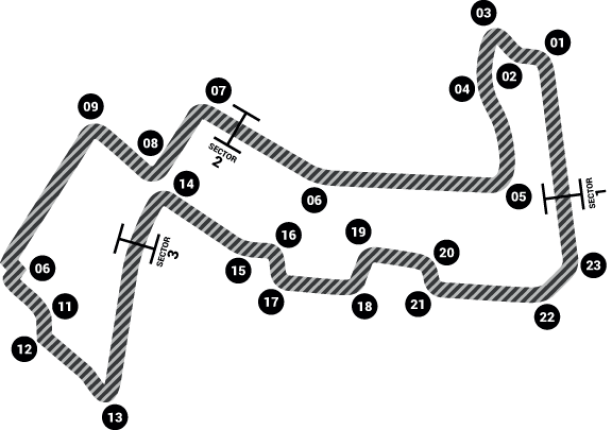