Attack, attack and attack some more. That’s all he has to do. And attack is what Lewis Hamilton does best.

Things seemed all but lost for our English hero. But no, let’s take a different view. It’s simple. Get yer’ head down, employ a positive mental attitude, focus on driving the Mercedes W07 to the very limit of its abilities and win every remaining race.

Here we are now with two to go. Rosberg’s lead is slashed to 19 points. Lewis is gonna getcha!

OK, I admit it, the German in the other silver arrow is exactly where he needs to be, doing exactly what he needs to do. Finish close to Hamilton and Nico’s title winning dream will come true. Keeping up his impressive 2016 tactic of remaining upbeat and focusing on the here and now, Rosberg is closing in on the crown.

But there are cracks appearing. A visible drop of the shoulders, a slightly less confident manner to his swagger. Doubts in his mind? Maybe the head coaches are working overtime to keep his focus where it needs to be...

Football fans will remember the epic 1989 English First Division – yes, there was life before the Premier League! – title decider at Liverpool’s Anfield stadium. To take their umpteenth championship the Scouse football machine could afford to lose by no more than one goal; the North Londoners needed to win by two clear goals. Should the mighty reds go for the jugular or play a defensive formation focusing on their minimum requirement? In a nerve-jangling night of live prime time TV sporting drama, Arsenal had only one course. Go for it, and in a crescendo of fever-pitch excitement won it in the 92ND minute.

I keep thinking back to that May ’89 night. Nico is Liverpool, Lewis Arsenal. While we’d all rather be in the pound seats leading the points table with just two races to go, we can also see the appeal of Hamilton’s simple task. Just do what you best.

Driving beautifully, Hamilton at the wheel of car #44 is, right now, a joy to watch.

You could see it in Austin, witness it in Mexico City: Hamilton seems to have had a word with himself. No longer quite so discourteous to the photographers trying to make him look good or the journalists reporting the news. Smiling often, a little less head-down-and-turned-away walking, less disrespectfully rude and defensive social-media phone-twirling, perhaps he’s – at last – decided to ‘man up’ and stop filling his head with crap that takes his mind off the job.

I and so many others want to love Lewis. He’s a racer, hands down and for all the right reasons the only superstar in our sport. Strip away all the wannabe gangsta rapper rubbish and he’s the embodiment of the reasons I, and countless millions around the world, adore Formula 1 with a passion.

Who knows? Nico will probably prevail, but would you bet against the three-times championship winner coming up on the rails and pipping the German to the 2016 crown? 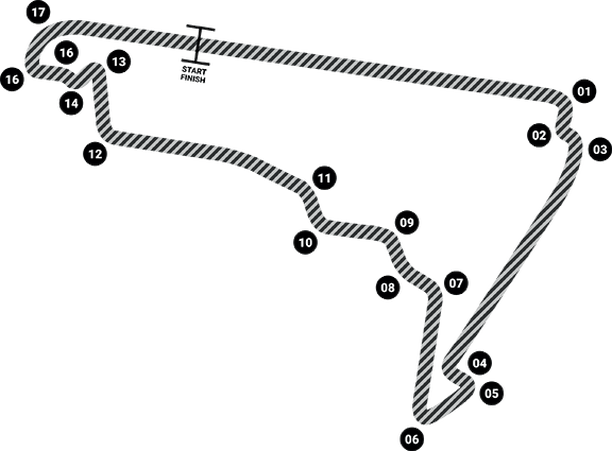