Racing through Turn 1 and into Turn 2, the 2017 F1 cars roar past the Iceberg Skating Palace, its brightly lit icy blue panels looking cold to the touch. Flat out around Medal Plaza, all shiny and white, edged with a myriad of national flags fluttering in a Black Sea onshore breeze. To the drivers’ left The Fisht Olympic Stadium, refurbed and ready for football’s 2018 World Cup. Next two 90˚ right-handed corners split by a fast sweeping turn guide the twinkling F1 racers around the mighty silver Bolshoy Ice Dome. In the near distance a Cinderella-esque castle glows a bright shade of pink… The 2017 Russian Grand Prix night race will be quite a sight!

The Sochi organisers’ announcement last weekend that the Russian Grand Prix will become Formula 1’s fourth floodlit event was hardly a surprise. Who can blame the Russian paymasters for wanting to show their impressive-looking buildings off in the best light? Taking place as it does on smooth Tarmac roads that wind their way around a predominantly grey and uninspiring ex-Olympic park, the race will – if they get the lighting right – be transformed into a Yas Marina look-alike.

2008 seems a long time ago. As the F1 travelling circus arrived at the inaugural Singapore Grand Prix, everyone both within and without the sport looked forward with excitement to the brave new world of F1 racing under artificial lights.

Such was its success that we now happily accept that both Abu Dhabi and Bahrain followed suit, and that in the near future Sochi will likely be joined by others.

What’s not to like? European television audiences – still the most important territory – appear to enjoy the prime-time start slot and there’s something particularly appealing about night-time races. The cars come alive under the lights and a whole different atmosphere envelops the race weekend. There seems to be a heightened sense of occasion akin to a midweek evening-kick-off football match.

Perhaps you’re a purist. Well tough. It’s no good bleating on about traditional start times. You still get plenty of those at a majority of races, but this is 2015 and we simply can’t live in the past. Look at the rise and rise and rise of football’s English Premier League. Funded to the tune of billions of pounds, the competing teams simply had to evolve and play their matches at times that suited television audiences – both in England and Wales and the rest of the football-hungry world. Sure fans can and do moan about unconventional kick-off times, but would you seriously choose to go back to every game starting at 3pm on a Saturday, no live TV coverage, and the inevitable loss of top-class players, interest and – of course – money?

F1 needs to put on a show at the times the audience demands.

Mind you, F1’s paymasters would be mindful to be aware that making any ‘special’ event the norm will, just as night follows day, inevitably mean it ain’t special any more. Too much of a good thing is never a good idea, so four F1 evening starts is probably enough.

As a photographer spending my professional life trying to make the sport look good, shooting at night is always enjoyable, especially at a circuit operated by people who think about the bigger picture and how the event plays out as a whole rather than by simply illuminating a Tarmac ribbon. Watch 30 seconds – you won’t be able to bear any more – of the MotoGP race staged at the wretchedly Mickey Mouse Losail Circuit in Qatar. The look is that of a primitive 1980s video arcade racing game.

Sochi’s weather – a tad disappointing this year – is, I understand, pretty reliable, and even under the heavy clouds and occasional rain we experienced last weekend the sun (when it made an appearance) produced spectacular sunsets. So Mr Ecclestone, Mr Cregan, Mr Putin, we know the F1 photographers’ opinions come at the bottom of your priority list, but we – well, some of us – are all about visual stimulation, so read and read well. A twilight into darkness race time, making the most of any spectacular golden light, would surely play well for all concerned. 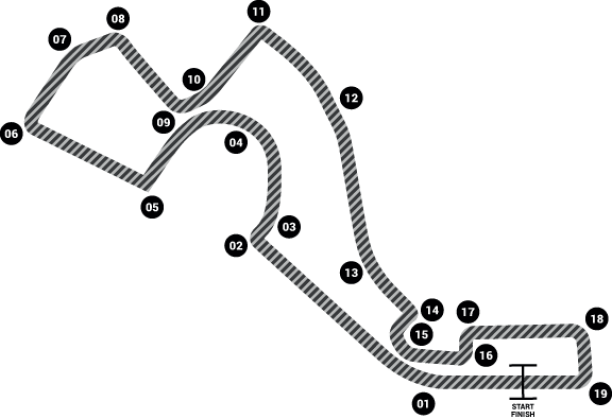