Oh how the world of Formula 1 media has changed.

Rewind a few years and everything was so different. Social media hadn’t been invented, Fleet Street newspapers were where the written word was at and terrestrial television ruled the airwaves. Hell, I remember the revelation of sending and receiving a text message. High-pitched peep-peeps echoing up and down the length of the F1 paddock!

Quaint I know, but now a lifetime ago.

With the advent of digital everything we really should’ve seen the future coming, but, as is so often the way, the old timers remained true to what they knew.

Dismissing the new tech world as an irrelevant flash in the pan, many seasoned F1 regulars quickly fell away. Senior grand prix grandees, staid in their mindset, stayed stuck in the past while all around them the world became increasingly obsessed with youth.

This crusty and arrogant attitude came right from the top; those in power displayed a wilful ignorance that could only ever result in disappointment.

In a world where so much has changed you’d think those with a negative outlook on life would have learnt a lesson, but sadly not. The ridiculous dismissal of ‘teen sensation’ Max Verstappen’s appearance on the F1 scene looks pretty stupid now, and will you dinosaurs still moaning about ‘a lack of noise’ please stop your tedious tumult.

With television viewing numbers on a dramatic decline and traditional news gatherers on the wane, attitudes need to change.

An F1 press room is increasingly the domain of a new breed of hack. Fresh-faced and keen, they – generally – seem to display a positivity towards their sport. True, there’s way too much ‘cut-and-paste-echo-chamber-reporting’ for my liking, with an all too often shockingly low level of journalistic gravitas, but, like it or loathe it, they are the future.

The far-too-often-negative old guard are leaving in droves. By F1 2016 season’s end, The Times, The Telegraph and The Guardian won’t have reporters at all the races, and the red-top Mirror has already gone. These UK-based brands all quitting the sport when Britain enjoys the dominance of an English world champion...

Print media is not alone. In the brightly lit world of television the transformation is tectonic.

Content is garbage. “Get any ol’ crap that punters will watch so that in between times we can sell ads.” Up until only very recently this was the mantra of the big players in commercial television. Adverts ruled the roost and what came between was merely filler.

Binge-watching advert-free channels are set to rule the digital world. Netflix, Amazon, YouTube, Apple, ESPN, HBO et al, are desperate for content so as to attract not advertisers but you.

Live sport is of course right at the top of every airtime provider’s wish list, so it’s no surprise that those currently looking to buy F1 are TV and media-providing giants.

Who knows? Sometime soon Formula 1 may drag its bulky backside into the 21st Century. Heaven knows the sport is chock-full of creative minds desperate to hear the starting gun’s bang heralding a progressive and modern era, enabling us all to show a positive attitude to the masses.

You can’t stop what’s coming, so if not now but very soon, Formula 1 must change. The dinosaurs will be extinct soon and the sport will endure.

The best is yet to come. 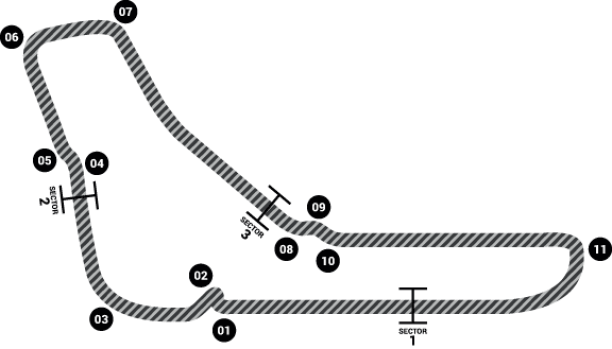